America's children are angry, sad, and confused!  Have you ever wondered why? As a grandmother of a teenager and a Tween, I'm concerned about the world they are forced to grow up in!
The turbulent years of puberty have always been rough.  Lord knows I don't want to revisit any one of my own, but I can't begin to wrap my mind around the challenges young people are dealing with today.  Unprepared and scary would be gross understatements!

Each morning they awaken with continuing news of the Holocaust of their peers.  Friends and family gunned down in the streets or victimized by drugs, suicide, and other self-destructing behavior.  How do you keep a positive attitude with that going on?
I pray.  I counsel.  I try to engage their hearts, then pray again!  I speak to them with encouraging words, build their confidence with affirmation of their God-given beauty and skills.  But sometimes wonder if it's doing any good...I have to BELIEVE it does!  And here are reasons why:
~~ Our children are engulfed in Spiritual Darkness.  They live in a world that teaches them that they have choices and they can do whatever they desire even when it conflicts with God's Truth.  Yet  it shrewdly hides the reality of the devastating consequences!  They fight and fight for these rights but when they succeed, become disappointed and angry! The sex and drugs don't make them happy! The power trip from Gang Banging last only until the next bullet takes their life. Their gay love connection turns out to be just as hellish as their heterosexual counterparts and there seems to be no escape from the dysfunction of any of it!
Those of us who know the Real Truth must constantly remind them that God's original plan is not only the BEST plan but it's the RIGHT plan for their lives.  What they see before them is not the end of their life but God's strategic pathway to a new destiny in Christ.  They just need Him to show them how to get through it. (2 Cor. 5:17 -Therefore if anyone is in Christ, he is a new creation,; old things have passed away behold all things have become new. )
~~Our children are suffering from an Identity Crisis. They don't know who they are and they are not alone!  As adults we've set a poor example for many of them.  The Brokenness of our culture has stolen our children's innocence through mass media and so-called reality shows that constantly blast from our televisions, Blu- Rays, and re-enacted in real-time.  As adults we've got to get our act together! Our children are drawn to celebrities, rappers, and the Kool Kids in their purview because they don't often find a righteous role model in their own homes!

If the Generation Z's (born between 1995-2010) are labeled less focused, and more savvy with multi-tasking it may be for survival!  Their Boomer (born between 1948-1964) and Generation X parents (born between 1965-1984) are too consumed with getting their own freak on to raise them godly!  We must not only tell them who they are in Christ but show them in our own lives that God's will can be more fulfilling and satisfying than the icons lauded in our society. (Matthew 16:33 - But seek ye first the kingdom of God and His righteousness and all will be added unto you. )

~~Our children have lost their faith in God and the good of human kind. Two important gifts from God have been perverted in this present age...imagination and dreams!  False perceptions of success have been embedded into our children's minds from birth.  They have been nurtured on the belief that one has to look a certain way; possess a certain amount of skill, or charisma to be found valuable or worthy of acclaim.  When our children can't live up to these worldly standards they become demotivated and cease to dream of anything better for themselves!  They seek approval in the other ways but continue to be frustrated. They become even more disillusioned when they see others who appear to have the whole package, abuse their gifts, even using them to belittle others.  They just simply give up!

Instead, those of us who know the Real Truth must reject denigrating labels that place limits on our children and their abilities.  We must devise ways, create opportunities, and speak into their lives empowering and affirming messages of hope and life every chance we get.  We must find the positive in every situation and show our children their worth as God's creation.  We must say it over and over and over and over until the Enemy ceases to bombard them or they simply learn to resist these negative reports!  This is our duty!  This is God's plan! We must Deprogram the anger and violence that dooms our children to destruction and Reprogram a faith in God that unleashes the strength, skill, and intelligence the Devil and his cohorts so greatly fear! We need to do it and do it NOW!!!
(Jeremiah 29:11-For I know the plans I have for you, declares the Lord, plans for welfare and not for evil, to  give you a future and a hope.)

If you would like to leave a comment please send an email to: sisters4sisters@att.net OR  scroll to the bottom of my blog page at  http://alittlewiser63.blogspot.com  click on the  no comments by the pencil and it will change to a writing space.
Posted by alittlewiser63 at 10:57 AM 1 comment: 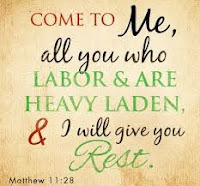 Last  month my husband had a very scary health crisis! Praise God he survived it and is now doing well.  But it is at times like this that I like to reflect on the events that transpired and what I learned. Things that would help me prepare and cope better when  the next crisis comes along...and you know there will be another one, don't you?

I must say things happened so quickly that I didn't have time to panic.  I was too busy praying and taking care of the immediate to give into the emotions that come so naturally at times like these.  I give no credit to my flesh however for it was only the steady, unrelenting grace of God that gave me the wherewithal to keep moving through the dismal prognosis and the wait for critical tests results...His COMFORT during CHAOS!

That's what I'd like to share with you today. How to find God's comfort in these turbulent and confusing times.  My chaos is not like yours, so I'm not about to weigh in or judge you on how you're handling it.  But this, I can assure you:

There is peace in the midst of the storm.  There is a light at the end of the tunnel. The night is always darkest just before dawn.

These might seem trite and mundane to you when you're going through, but that's only if you don't have the promises of God to back them up! I did, along with lots of Prayer Warriors who kept those promises fresh in my mind!

To Find Comfort in Chaos...

--REFUSE TO PANIC.
It is when you panic that you make foolish and costly mistakes. Slow down,  Pray purposely, Gather the facts and move from there.   My husband fell ill hundreds of miles from home. After arriving at my doorstep I took one look at him and my first thought was to immediately call an ambulance for the less than five minute drive to the hospital. Although I realize that minutes are important in an emergency, my husband had just survived a four hour car drive. My God kept him four hours, He would surely keep him four more minutes! I drove him to the E.R. (Isaiah 26:3 - Thou wilt keep him in perfect peace whose mind is stayed on thee, because he trust in you.)

--UTILIZE YOUR SUPPORT SYSTEM.
Call a Friend.  No not the ditzy one that always folds under pressure, but a praying one that has proven to be calm, reassuring and will help you think through things clearly and logically.  One thing that I learned last year with my son's hospitalization is that you need someone there to make sure that you're hearing exactly what the doctors are saying regarding your loved one.  When under stress there is a tendency to forget or misread key information needed for making decisions about future care. Read everything and make sure you understand it before signing consents.  If possible don't sign anything if you are in an agitated state! (Proverbs 18:24b - but there is a friend that sticks closer than a brother.)

--TAKE CARE OF YOURSELF.
In chaotic times self preservation may or may not be the first thing on your mind! Minus any narcissistic motives... it should be!  To handle chaos you must be at your best.  You need to eat, hydrate, sleep and move to keep your body fit and your mind alert. Things are not normal and you may have to perform in ways unfamiliar and uncomfortable to keep things going. You can't do that exhausted.

As my husband recovered in ICU, I was offered pillows, blankets and a recliner should I choose to spend the night.  I appreciated but declined the offer.  I slept every night in my own bed, undisturbed by hallway noises, two hour vital sign checks, and the constant beeping and whirring of machines.  I was only a few minutes away should I be needed and I could offer no more care than what was being given by trained caregivers. Truly, there are times when you need to be there to assure maximum standard of care is given but neglecting yourself will come back to "bite" you once your loved one is home.  Believe me I needed all the energy I could muster to take care of his needs, run the errands, and provide post hospital care without additional support. (Prov. 3:7-8 - Do not be wise in your own eyes. Fear God and shun evil. This will bring health to your body and nourishment to your bones.) (Psalm 121:4 - Behold, He that keepeth Israel shall neither slumber nor sleep.)

--DO NOT NEGLECT PRAYER AND DEVOTION.
This may be last on the list but of utmost importance.  In times of crisis keeping your spiritual disciplines: prayer, bible reading, scripture memorization/ meditation and worship service (if possible) is what will hold you together when everything else if falling apart! I love this quote by Charles H. Spurgeon, "Prayer is the slender nerve that moves the muscle of the Omnipotent."  (I Thess. 5:17 - Pray without ceasing.)


SO UNTIL NEXT TIME...BE COMFORTED IN YOUR CHAOS!
If you would like to leave a comment please send an email to: sisters4sisters@att.net OR  scroll to the bottom of my blog page at  http://alittlewiser63.blogspot.com  click on the  no comments by the pencil and it will change to a writing space.
Posted by alittlewiser63 at 11:04 AM No comments: