WHAT VIOLENCE WON'T DO! - A Remedy for Injustice 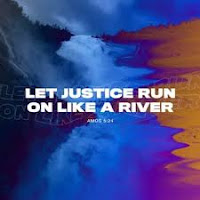 Forgiveness probably isn't one of them!

America is angry! Angry because they are hurt, frustrated, and we're showing it in a myriad of ways! Some with peaceful demonstrations and others with burning, looting, and hate speech spewing throughout every social media outlet available.

This anger is very familiar to me.  I was a teen in the Sixties and remember vividly the deaths of Martin Luther King and Malcom X and the violence that ensued.  I recall with clarity the Watts and Detroit riots that turned urban areas into visions from hell and the aftermath like scenes from The Book of Eli!  My memory is acute and intact so... WHY DO I NEED RERUNS NOW!!!


I know you don't want to hear this because the ANGER is so fresh! But the only remedy for injustice is FORGIVENESS!  Yes, I said it!  There are OTHER ways to appease your anger!  And FORGIVENESS is one of them! (Ephesians 4:26)

Civil Resistance WILL work!  Redistribution of power (once identified) is a formidable force against majority ruled racist institutions! Forgiveness is STILL an effective strategy if seen in the right perspective. The BIBLICAL perspective.

FORGIVENESS IS NOT:  Condoning or excusing injustice!  It is not ignoring or pretending an offense didn't happen!  It is not sitting around doing nothing and playing the victim! It is very vocal.  It is collaborating and unifying in thoughtful and skillful ways giving attention to problems that go beyond the 15 minutes of notoriety viewed on CNN or MSNBC. 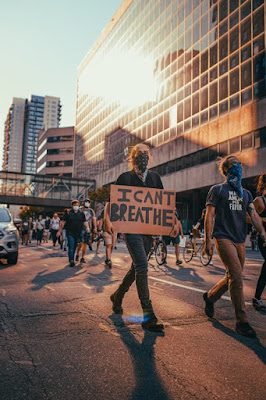 What the Eyes Can't Deny!

FORGIVENESS IS:  Exposing evil where it can be seen in the brilliant light of truth.  Where it can no longer hide behind unjust laws or public policy! (John 1:5)  There is a reason that pictures of dogs and fire hydrants turned on peaceful protestors in the south shocked and shamed America into turning Jim Crow laws into the desegregation laws of the 1960s.   And why rioting neighborhoods in D.C., Detroit, Pittsburgh, and Watts left behind more squalor, violence, unemployment, and drugs than before. Some have never really recovered!

FORGIVENESS IS: Exchanging the POWER given to the Enemy keeping you in poverty, and ignorance for EMPOWERMENT!  Impulsive and emotionally charged behavior like looting exploits already fragile neighborhoods. Exercising the power of the DOLLAR and the VOTE builds and strengthens them.

HERE'S WHY FORGIVENESS IS A BIG DEAL IN BOTH THE POLITICAL AND PERSONAL REALMS OF YOUR LIFE!

HOW DO I KNOW I HAVE GENUINELY FORGIVEN?

1.  When you heart catches up with your mouth! You sincerely wish your offender well.  You have no desire for their harm or you're no longer jealous of their blessings.

2. You have compassion for their weaknesses!  You do not let past offenses keep you from being charitable toward them (giving them the same consideration you'd give to someone who hadn't offended you).

3. You don't react in the flesh when you see them. (Romans 8:8-9). Peace overrides your emotions when painful thoughts or memories are triggered (Hebrews 12:14-15).

4.  When you stop telling others about the offense and stop trying to make your offender look bad!

If you would like to leave a comment please send an email to: sisters4sisters@att.net OR  scroll to the bottom of my blog page at  http://alittlewiser63.blogspot.com  click on the no comments by the pencil and it will change to a writing space.
Posted by alittlewiser63 at 12:37 PM 1 comment:

I've always wanted to learn a new language. One semester of French in high school and two more in college and I still can't parlez vous.  I didn’t think I'd get another chance to learn one... until now!

Like you, over the past few weeks I've found myself catapulted into a brand new world with its own unique vocabulary.  I've listened carefully to the news, googled  strange jargon to grasp the meaning and learned to use it with comfort and ease.

Finally, I'd acquired fluency in a new dialect.  If I want to I can converse with anyone around the world and be understood. I call it... well I don't actually have a name for it,  but it's a patois of medical, media, and political buzzwords currently saturating the communication airways.   Unfortunately, nearly all of it is negative!  This concerns me and it should concern you too.

God's Word says that life and death is in the power of the tongue (Prov. 18:21).  Another passage,  James 3:1-11 takes a critical look at our speech and compares its potency to that of a horse's bit, a ship's rudder, and a fire flame. Each of these are very small but have the potential to be deadly.

WORDS, the instrument of language can be deadly whether spoken, written or embodied as self-talk.  No wonder we are cautioned in scripture to handle them with extreme care. Unlike the coronavirus, we know quite a bit about their potential for good and a lot more about the devastating results. WORDS, after all can be very contagious! 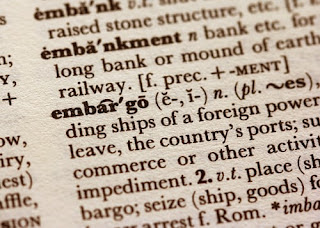 Why Not Change Your Perspective On the Coronavirus By Changing Your Words.

Although we cannot control the pandemic or the culture it has created, we can change how we communicate while experiencing it.  Perhaps even look at it as a life coach to help us become healthier and more productive.  Try these terms for starters and then clap back in the comments section with some of your own creations:

BUT DON'T BE A COVIDIOT! 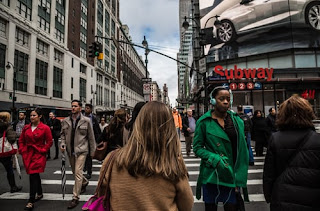 WE CAN TURN BAD NEWS TO GOOD NEWS
WITH ONLY THESE "TWO" LITTLE WORDS!