A Shepherd NOT A Donkey or Elephant will Lead the Change Needed! 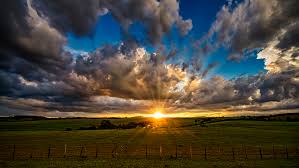 For months we've been inundated with ads, controversies, and antics surrounding America's coming election.   It's been touted as the most important election of our generation.  Record setting  early voting seems to prove that point!

A smattering of Independents are on the ballot, but the country is pretty much focused on the Republican and Democratic parties. One is represented by an Elephant and the other a Donkey.

My thoughts however,  tend to run toward a different pair of animals: The Sheep and the Goat!

Watching the out workings of God speaking loudly into His world, I've been trained to look beyond what is seen to the unseen!  It hasn't been easy.  The distractions are endless.  Yet through a regimen of prayer, bible study, and current event research, I've gained a little understanding.  Not  just about what's happening in America but globally.

I've stated in previous blog posts that I believe America is under the Lord's judgement and that we are living out End Times prophecy!  These are not the rantings of yet another Doomsday prophetess.  All that is really needed is a diligent study of Bible Eschatology!

Like many, I've tried to make sense of the world we are experiencing.  From the bible, I've read the book of Daniel, studied the prophets, gleaned from the book of Judges and researched the leadership styles of Pharaoh, Nebuchadnezzar, and Ahasuerus.  Each had a unique relationship with God's people.  I found a lot of parallels in my reading to our current government leaders and situations but only one solution.

It was when I reviewed the teachings of Christ in the Gospels that I found both a warning and a peace regarding the November 3rd election no matter what the outcome!  The task before America and the world at large is too big for either a Democrat or a Republican or any world leader for that matter.  To straighten this mess out we're going to need Someone more equipped...a Shepherd!

NOT A REPUBLICAN OR A DEMOCRAT! 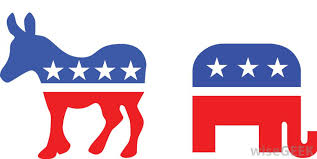 If nothing more, we should have learned by now not to put our trust in mankind.  The psalmist says, Put not your trust in princes, in human beings, who cannot save. (Psalm 146:3). Still the weariness of soul tempts us to do just that and so it is with a measure of hope we look longingly to politicians for some much needed relief.

Here are some concerns guiding voters this Election Day:

Is this not what all the world craves? Here's what I've learned.  God has a plan for today's problems and concerns (Jeremiah 29:11).  It could be imminent or years away.  But until He makes it clear, why not develop a heart of preparedness--individually and as a nation.

Christ speaks of a time of judgement when America (if we still exist) and every nation surviving the Rapture (I Thessalonians 4:15-17) and Tribulation period (Revelation 6:15-17) will give an accounting of their national response to people in need. This will happen just before the Millennial Kingdom (Revelation 20) where He will take over all governments and reign for 1000 years.

I found it interesting that the people in need were not relegated to a specific ethnicity, geographical location, religion or class.  They were just people who needed help!

Read what Jesus says in the parable of the Sheep and Goats:

THE JUDGEMENT OF NATIONS! 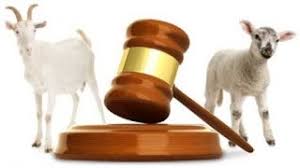 "The Son of Man will come again in His great glory.  All His angels will come with Him.  He will be King and sit on His great throne. All the people of the world will be gathered before Him.  Then He will separate them into two groups as a shepherd separates the sheep from the goats.  The Son of Man will put the sheep [good people] on His right and the goats [bad people] on His left.

No matter our failures (and we have many) God has certainly blessed America!  But have we been a good steward of these blessings? Are we as generous to others as God has been to us?  As we think about the policies that have been argued over the past years, the legislation that has been passed or thwarted. The systemic practices that  allow for life, liberty, and the pursuit of happiness....but only for a select few!

Read the parable again!
In 2019,  9.2 percent of people, or 29.6 million, were not covered by health insurance  according to ACS.  Up from 8.9 percent and 28.6 million.  2019 Health insurance Coverage
Parents of 545 children separated at the Brownsville, TX border near Mexico beginning in 2017 cannot be found. About 60 children were under he age of 5 when they were separated.  545 Children Separated From Parents
The blinders are off!  Denial is no longer possible!  The institutions built and sustained over decades for the elite, rich, and prosperous people of America is rife with historical practices of racial, economic, and gender inequities.  Systemic Racism and Injustice
The Day of Reckoning is Here!
The Darkness is Exposed!
Where will New or Existing leadership Lead us?
PRAYERFULLY...
To a Greater Faith in Jesus Christ!