UNDER THE SPELL OF SEDUCING SPIRITS! 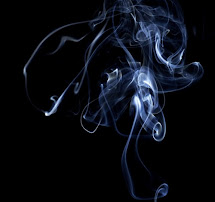 When one with honeyed words but evil mind persuades the mob, great woes befall the state.
-Euripedes, Orestes

Every news pundit I've listened to since Wednesday, January 6th when our nation's capitol was stormed by insurrectionists, have asked the same question:  Were you surprised at the events occurring in our country today?  And no matter the response from the guest, mine is always - OH YEAH, WHERE HAVE YOU BEEN?!

Like many, I shake my head [almost] in disbelief when I see some still believing proven lies.  Expressing faith that in a democracy of loyal, patriotic citizens, no one would dare turn on their own government.  Even those having just experienced death literally pounding on the door, got up  and pronounced these were merely a few radical extremists!

In a rage, no Christian ought to have, I turn off my television.  Tired of hearing men and women deny accountability and condone evil.  Weary of them rationalizing what they saw and twisting their version of truth into something that would soothe their conscience.  So quickly they were able to create for themselves a comfortable reality they hope would profit them in the next election! Yes, I was angry!

BUT THEN I REMEMBERED...

We are living in a Fallen world!  Fallen from God's intended purpose (I Peter 1:15-17).  Fallen In our treatment of others (Matthew 7:12). Fallen as stewards of all our natural resources (Genesis 1:26-28).  Fallen short in every aspect!  By our own unrighteousness we willfully suppressed the truth (Romans 1:18).  So am I surprised by this national shame: the violence of an insurrection; the double standard in administering justice, negligence in the face of a pandemic, and the impeachment of a POTUS twice!  Surprised?  Not at all!!

Paul's admonition to Timothy in I Timothy 4:1-2 (NKJV) is a warning to us in this present time:

Now the Spirit expressly says that in latter times some will depart from the faith, giving heed to deceiving spirits and doctrines of demons, speaking lies in hypocrisy, having their own conscience seared with a hot iron,

WHERE WE ARE AND WHAT TIME IT IS...
For false messiahs and false prophets will rise
up and perform great signs and wonders
so as to deceive, if possible,
even God's chosen ones.
(Matthew 24:24 NLT)
IT'S TIME MY FRIENDS TO BREAK THE SPELL!
UNTIL NEXT TIME...