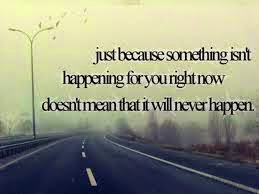 Not all disabilities are physical or mental.  Some may be spiritual with a physical manisfestation like the woman in Luke 13:10-17.  When Jesus declared in verse 12: Woman thou art loosed, He wasn't acting as a mere Chiropractor, He was restoring this afflicted sister to spiritual health! He became the Source of  her hope. After eighteen years of praying, worshipping and church going with nothing happening...she finally met Christ!

I dare say that this is happening to bound up women in our church every week!  Going to church and leaving church in the same condition they came! That's why Dr. Evans' exposition of  this text proved especially eye-opening in our fourth session of Kingdom Woman, Embracing Your Purpose, Power and Possibilities.  I love that word possibility, don't you?  It immediately lightens every burden and makes any situation bearable!  It's been said that humans can live forty days without food, four days without water, four minutes without air, but not four seconds without hope!

A Kingdom woman never has to succumb to the depths of despair no matter how dire the circumstance may look for like Cinderella, her Prince is on His way!  Here's a quote from the study: If all you see is what you see, you may not see all there is to be seen!   Many of our trials are blessings under construction.  When you see a house being built it doesn't look like much at first. A slab of concrete for a foundation and a few pieces of timber set here and there for a frame. The rest looks like an unruly mess!

Stuff might happen!  You may have to change contractors, make some adjustments along the way, but you know it's going to become that dream house that the architect promised because you've seen the blueprint! Well, God is our Architect and the Bible is our Blueprint!

Hebrews 11:1 says that Faith is the substance of things hoped for, the evidence of things unseen.  Did you get that last part?  The evidence is in that which is not seen!  You are more than what others can see!  Only in God's kingdom does your value go up the longer you are around.  So go ahead boldly ask for what you want, never giving up hope that you can receive it if it is God's will.

Just remember that when a Kingdom Woman doesn't get what she prays for....she changes her perspective!  She stops looking for the external and begins to look inward where the Spirit of God resides.  There like the infirmed woman she has an encounter with God...then hope  truly becomes a reality and everything changes!