LORD, PLEASE STOP THIS WORLD....I Want to Get Off!! 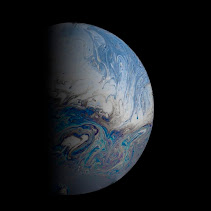 Hello Readers,  It's been awhile since I've posted a blog.  I had to take a Social Media Sabbatical to tend to some pressing business called LIFE!  I know you feel me and no doubt have done something similar yourself in the past.  Sometimes for your mental and spiritual health you just have to SHUT IT DOWN!  DIAL IT BACK!   AND SIMPLY TAKE A BREAK!

Still, a few good things have been happening since my last post!  After about a year, I went back to regular in-person worship with my church family and man have I been blessed!  A good message from the Lord will feed your soul no matter where you are, but there's nothing like sharing a spiritual meal with other saints.  My only grandson graduated high school and is now a student at a university a couple hours away so tears, open houses, and lots of reminiscing took place.  And one other little thing, the Love of My Life and I celebrated our 50th wedding anniversary!

I needed these high points in my life as I again try to provide relevant commentary via this blog to what I observe from a spiritual perspective.  I call it my CHRISTIAN 'WOKE' MINISTRY, to use a popular term.   My goal is to provide biblical context and spiritual encouragement to my sisters and brothers in this growing chaotic world and to WAKE UP  saints to what's really going on with the Enemy and his cohorts!

For example, read the following scriptures, then follow up with recent headliners from popular media to see what God is saying about our current world events!

The World's State of Affairs!

"These six things the Lord hates, yes, seven are an abomination to Him: A proud look, a lying tongue, hands that shed innocent blood, a heart that devises wicked plans, feet that are swift in running to evil, a false witness who speaks lies and one who sows discord among the brethren." (Proverbs 6:16-19) 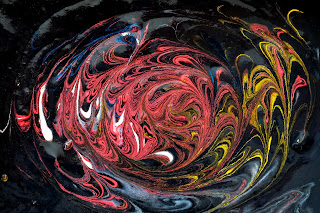 💀 PRIDE -"Richard Branson Beats Jeff Bezos in Billionaire Space Race" (NBC News July 13, 2021)
Have you ever wondered if a person could have too much money?  This escapade seems to be a good example. Psalm 24:1 say: The earth is the Lord's, and the fulness thereof, the world, and they that dwell therein.  James 1:17: Every good and perfect gift is from above, coming down from the Father of the heavenly lights, who does not change like shifting shadows." Everything we possess as humans come from the Lord and we are to be a good steward of these resources.  Branson and Bezos will be held accountable for this vast waste while so many are suffering from hunger, sickness, and despair. I hope in eternity when they face Jesus that they will recall what their pride cost them and if it was worth the price they had to pay!
💀 LIES - "Many Americans Embrace Falsehoods About Critical Race Theory" (Reuters  July 15, 2021)
It's hard to know where to start when recounting the many lies told over the past four years. Truth is of such rarity and when presented, so vehemently disavowed that it is mind-boggling the stupidity of it all!  LIES: A former president is STILL president, although a new one is in place and doing all the work! Vaccines are bad for you WHILE those who are not vaccinated are infected and dying at a faster rate than the vaccinated.   Negative history past or present is NOT HISTORY but political propaganda!  Why such denial even in the face of undeniable truth? Why are so many "Shaken" by it? Are they afraid they won't pass this litmus test from the scriptures?:
"Lord, who may dwell in your sanctuary? Who may live on your holy hill? Who lends his money without usury and does not accept a bribe against the innocent.  He who does these things will never be shaken.The one whose walk is blameless, who does what is righteous, who speaks truth from their heart; whose tongue utters no slander, who does no wrong to a neighbor, and casts no slur"  (Psalm 15:1-3)
💀 VIOLENCE- "2020 was the deadliest Gun Violence year in decades.  So far, 2021 is Worse" (Washington Post,  July 14, 2021)
Let's stop denying it!  We are living in a gun culture.  People would rather sell their first born than give up their guns and many are literally doing that! Don't take my word for it,  just turn on the news, any day and any time, almost anywhere in these United States.  We shouldn't be surprised: Jesus spoke boldly about the use of violence to settle disputes: "Then said Jesus unto him (Peter), Put up again thy sword into his place; for all they that take the sword shall perish with the sword. (Matthew 26:52).  "Blessed are the peacemakers for they shall be called the children of God."(Matthew 5:9) The solution to gun control is not the passing of more Gun Laws but heart control and only the Holy Spirit can control the heart! "But the fruit of the Spirit is love, joy, peace, patience, kindness, goodness, faithfulness, gentleness and self-control. Against such there is no law! (Galatians 5:22-23)
💀 WICKED PLANS AND EVIL PLOTS - "Suspects in Haitian President's Killing Met to Plan a Future Without Him". (The New York Times, July 15, 2021)
Assassinations of political leaders are as old as the Bible times.  Just look at the Old Testament books of First and Second Kings for a start.  Haiti is just a recent occurrence. In my own teen years, I can recall three: President John Kennedy, Rev. Martin Luther King, and U.S. Attorney General, Robert Kennedy.  Since then there have been other attempts.  Any country rife with crime, injustice  violence, and socio-political instability is a prime target for such behavior and sadly we are one of them.  Expect more of the same as the Second Coming of the Lord nears!  "Righteousness exalts a nation, but sin is a reproach to any people."(Proverbs 14:34)  Also, " When the righteous is in authority, the people rejoice; but when the wicked bearer rule, the people mourn." (Proverbs 29:2)
💀 SOWING DISCORD - "McConnell Seeks to Divide and Conquer Democrats"(the hill.com June 13, 2021)
To find our government in such disarray is heart wrenching even for a Christian who knows that the only Ruling Authority in this world is Jesus Christ. The discord between our governing bodies: Republicans and Democrats, House and Senate, The Supreme Court and Congress is shameful. Our designated ruling bodies have lost their way!  Instead of representing the interests of the people they are selfishly trying to preserve their own positions of power. The strategy that seems to be working is to divide, derail and deny culpability for all their misdeeds.
Yet,  government has a place and purpose in God's plan.  Paul says so in Romans 13:1, 3-5 -"Let every soul be subject unto the higher powers. For there is no power but of God: the powers that be are ordained of God. For rulers are not a terror to good works, but to the evil.  Wilt thou then not be afraid of the power? do that which is good, and thou shalt have praise of the same; for he is the minister of God to thee forged. But if thou do that which is evil, be afraid; for he bearer not the sword in vain: for he is the minister of God, a revenger to executioner to execute wrath upon him that doth evil.
I don't know about you but I've stopped trying to make sense of all this NONSENSE! I've not yet given up ALL HOPE but when I  cry out! LORD,  PLEASE STOP THIS WORLD'S NONSENSE.   I'm being sincere.  This old adage is true and although most recall it from Malcom X first, it goes back much further!  FOR AMERICA, 'THE CHICKENS HAVE COME HOME TO ROOST!' meaning all our past arrogance, greed, and grasping for power has returned to bring us down  in the eyes of the world, I just hope it BRINGS US TO OUR KNEES IN REPENTANCE!
UNTIL NEXT TIME...