Lessons Learned From Nameless Women of the Bible 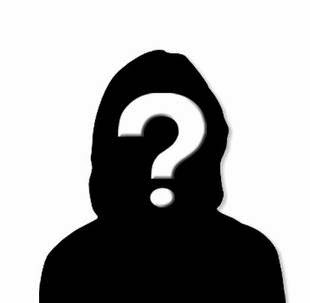 March is National Women's History Month and since I'm always chomping at the bit for a chance to place my sisters in a favorable light; I don't dare let this opportunity pass by.

The world seems to delight in chronicling all our faults and failures. Devious, manipulative, and destructive we're often called without the slightest hint of the tendencies of the same in some of our brothers!  It's The Curse of Eve, I suppose.

So while at least a portion of our country is taking a second  look at our accomplishments,  I thought it appropriate to weigh in on the subject myself.  Searching online, I came across The National Women's History Project,  A non-profit organization working year-round to highlight the significant role women have played in global history.

This year's theme really caught my attention: Writing Women Back Into History.  What a novel idea...as if there could be any history without us...who do you think gave birth to all those male historical icons?

As an admitted history buff and Bible researcher, this started me thinking about the countless  women I've come across while studying God's Word who remain anonymous.  They're everywhere from the book of Genesis to Revelation.  Although most assuredly God knows their names, and they will be forever a part of our biblical history; we tend to gloss over them in our reading.  (Did you know that of the 66 books of the Bible only two are named for women?)  I'd like to take a cue from this national forum, and write them back into Bible history!

We're familiar with Eve, Sarah, Esther,  Ruth and the Virgin Mary but so many others have stories just as important that have grounded us in our faith for centuries.  Women like:

There are many, many more.  Even as there are numerous nameless women in our own lives who have contributed to our personal spiritual growth and health.  Tonight when you say your prayers, why not pause for a minute and thank God for the nameless woman who perhaps paid your way to a women's conference or retreat; bought your study book for a bible study; prayed with you that Sunday when you were so distressed.  Or simply said...honey, whatever is bothering you, give it to the Lord and He'll make it alright!

They're everywhere, these ministering angels that have popped up in your life at uncertain times and God knows their names....ONE DAY YOU WILL TOO!